Visiting Florida to Bring in the New Year

On Friday, 29 of December I packed up Maxine and me and headed toward Sebastian, Florida. I was invited by my good friend Patty and her husband David to come visit them for a few days and bring in the New Year. Seeing as it was going to be cold and gloomy back here at home, I headed south hoping for warmer weather and sunny skies. I haven’t seen Patti for over a year. The last time was when she was visiting her parents back up in Oxford, WI in October 2016, at my good friends and neighbors house Joe and Murlane who I have talked about before. I spent last Christmas with them and you can read about it here in my old post. It was overcast and cool the whole trip down to Florida, I arrived at their house late afternoon. We caught up on old times and had a nice quiet evening. The next morning we were supposed to go out for an airboat ride but it was only in the low 50s and windy, the airboat company called to see if we wanted to wait until the afternoon and go out at three, it was supposed to get warmer and sunny. We had also invited my friends Jim and Diana, who I worked with at the lighthouse in Oregon this past summer. They were already on their way over but when they arrived, we did decide to postpone until he afternoon. This gave Jim and Diana time to come in and meet Patty and Dave and visit for some time. Patty offered to take care of Maxine so the three of us Jim, Diana and I could go for a ride to visit the park that they are staying at this winter. They have a nice location right on the beach and you can read about it here in Jim’s post. After that the three of us went out for lunch, catching up on what we’ve done since our time together this summer. And talked about all her plans for the upcoming year. We both got some exciting stuff in the works so stay tuned to see what happens. After lunch we headed back over to Patty’s to pick her up and head out to Blue Cypress Conservation Area for our airboat ride. Here’s the boat we rode on. 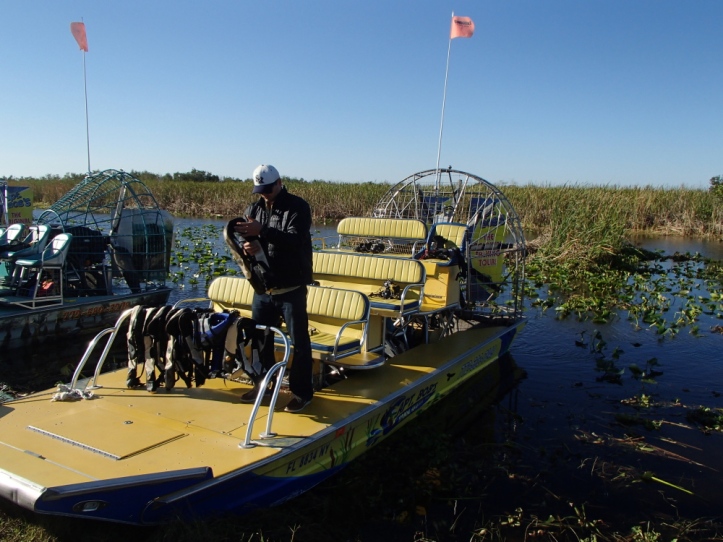 In here’s the four of us aboard the boat waiting to take off. 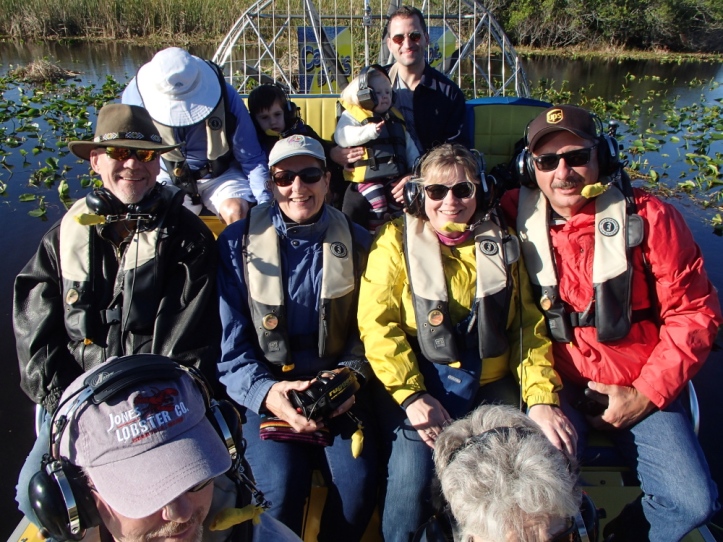 As you can tell from the photo it was still quite chilly and we’re bundled up in layers. But we took off and had a great time as we sailed across the marshy waters. 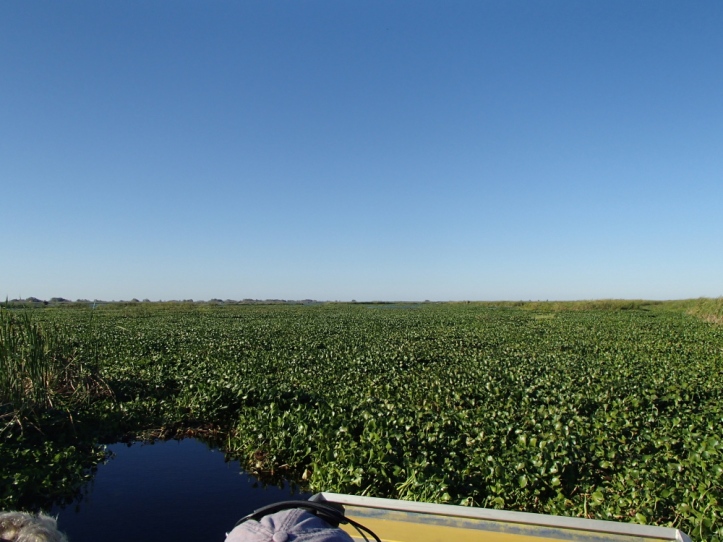 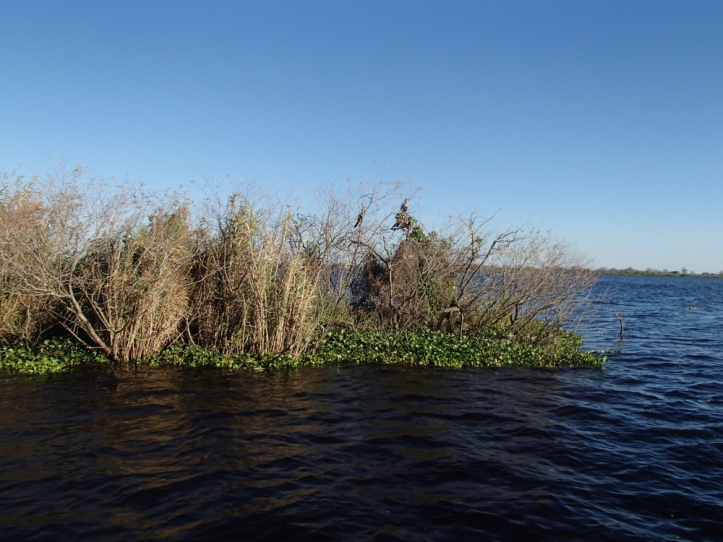 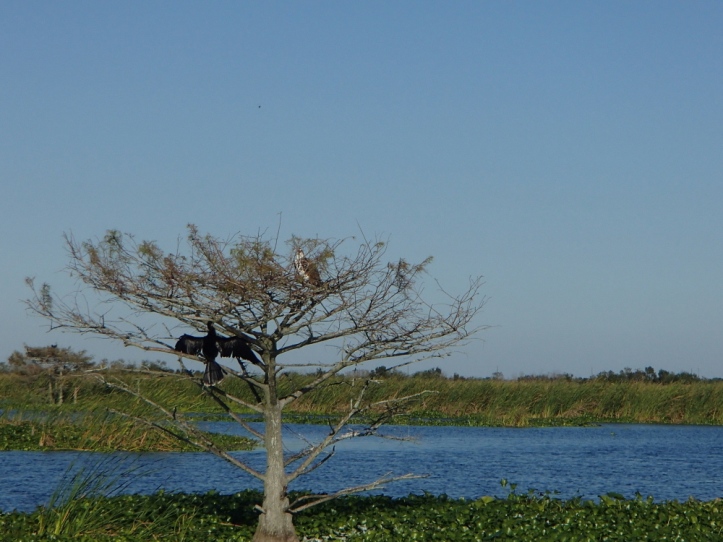 We did get to see quite a few different kinds of birds and even a couple alligators, it was awful cold so there weren’t many alligators out, but we did get a glimpse of these two. One on the shore.

And this one popped it set up right alongside the boat. 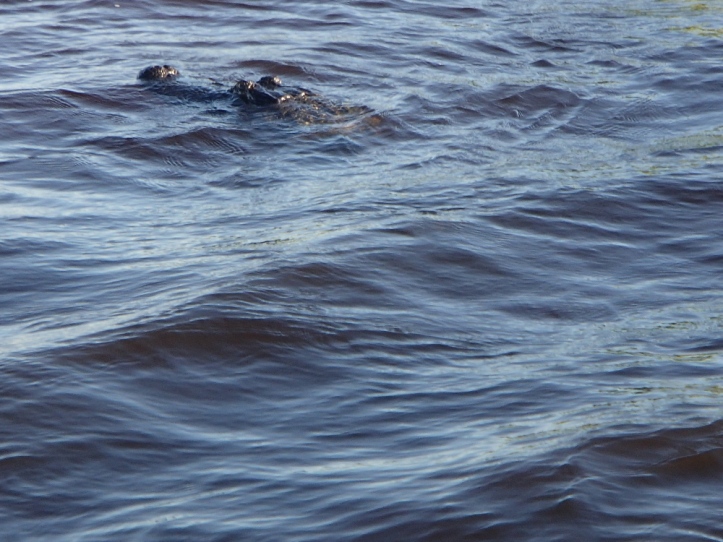 We saw numerous pairs of Osprey that nest in this marsh. There beautiful birds. 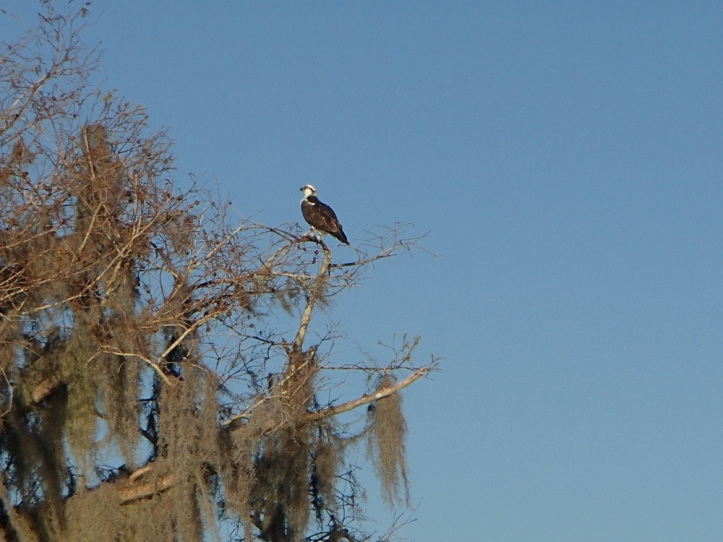 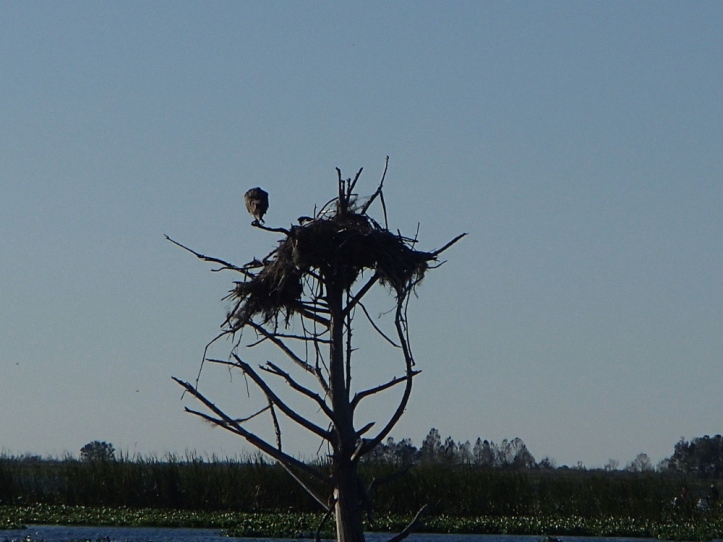 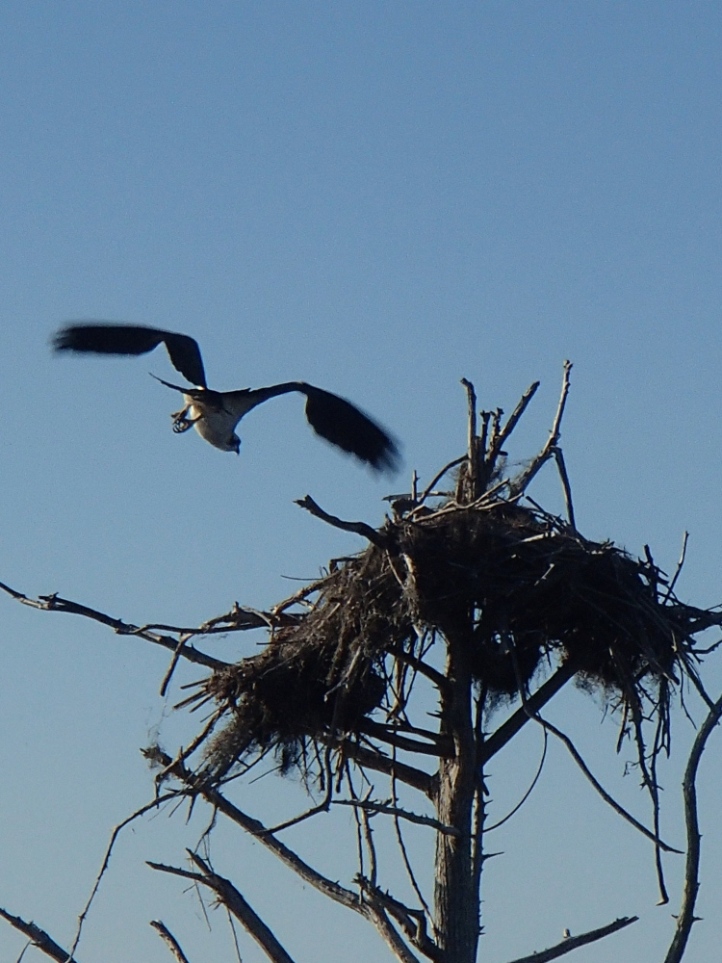 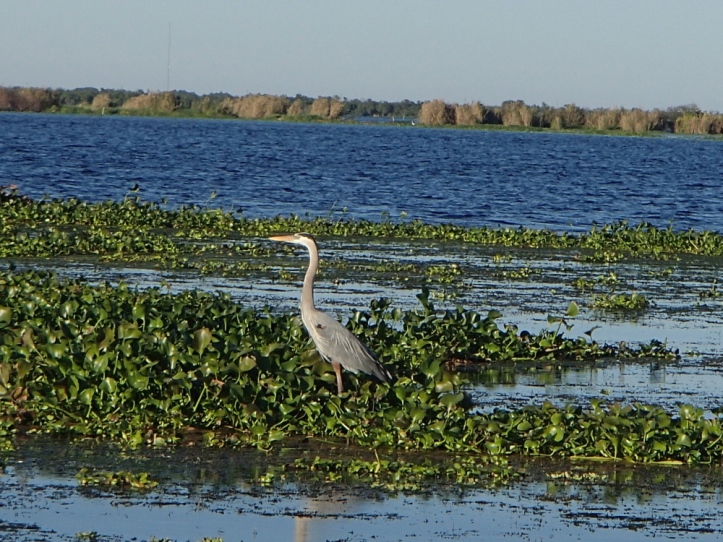 We all had a great time and saw lots of cool stuff. After the ride we said our goodbyes to Jim and Diana, till next time we meet up. They went back home and Patty and I went back to her place. Here’s a photo Patty took of the three of us Jim, Diana and myself. 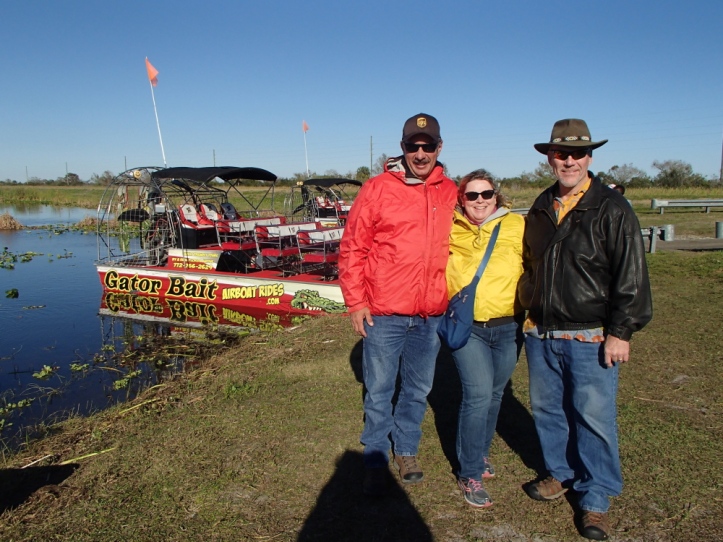 The next day Sunday New Year’s Eve day. Patty was having an open house at her place and invited a bunch of friends and neighbors over to visit. She held this starting around 1 o’clock right after church. I helped her get the food warmed up and ready for the guest as they arrived. We had a nice afternoon visiting and taking in a couple football games but everybody left by early evening. And I was in bed well before midnight and welcome in the New Year sound asleep. The next day, the first one of a new year (January 1, 2018). I got up and spent time with Patty and David before heading out around noon. It was another 8 Hour ride back home, (a very long drive, but well worth it) I had a great time visiting all my friends in sunny Florida. We got back home to the first night of freezing temperatures. Which remained that way all week, getting below freezing every night, all week long. It only got in the high 30s and 40s every day this last week. It’s still a lot better than what it has been back in Wisconsin, with the nighttime temperatures being in negative digits. I hope you all have a great 2018, so best wishes to you all till next time, Rick